Okay, so I was working on my thesis, when I suddenly remembered Star Wars Celebration was about to begin, and: it was being streamed live on their website. So I just had to take a study break. And boy am I glad I did!

It was amazing! Seeing the new cast was great. They all look like great actors and I loved how they told us a little bit about their characters, without giving too much of it away (like the stormtrooper hint!). Also, I think Poe is going to be super cool, maybe a little Han Solo-ish? Claiming to be the best pilot in the galaxy... We'll see! Seeing the veterans was also super cool. Too bad Harrison is still recovering, but so wonderful to see the old cast back together again. Also, I really thought J.J. had some interesting things to say. It was nice to hear his opinion on certain things, such as CGI and carrying on the legacy of Star Wars. Personally, I thought BB8 was the best. THE BEST. They way he rolls, they way his head moves around. I'm saying 'he' and 'his' but you never know of course. Talking about gender, finally we are getting more girl characters inside our beloved Star Wars universe! Gwendoline Christie as that badass chrome trooper, Lupita Nyong'o, Crystal Clarcke, and of course Daisy Ridley. Yay!

Last but not least: the new teaser. OMG! It is so superduperawesome! Vader's mask, Leia holding a lightsaber, just... The Skywalker legacy! The new characters, who all seem to have really exciting stories (and amazing outfits, couldn't help but notice) also looked great. The mysterious 'chrome trooper' and that lightsaber wielding badass... Han and Chewie were basically the huge red juicy shiny cherry on top of a whole cake of Star Wars goodness!

Wish I could write more, but have to work for school right now, so that I can get my thesis finished, so that when episode VII is released: I will have time to go see it over and over and over again! Below I will add some pictures I took. I took them with my ipad though, forgot to videocapture my screen, woops! But don't worry, I'm sure it'll all be online in HD soon!

Oh my, am I excited. 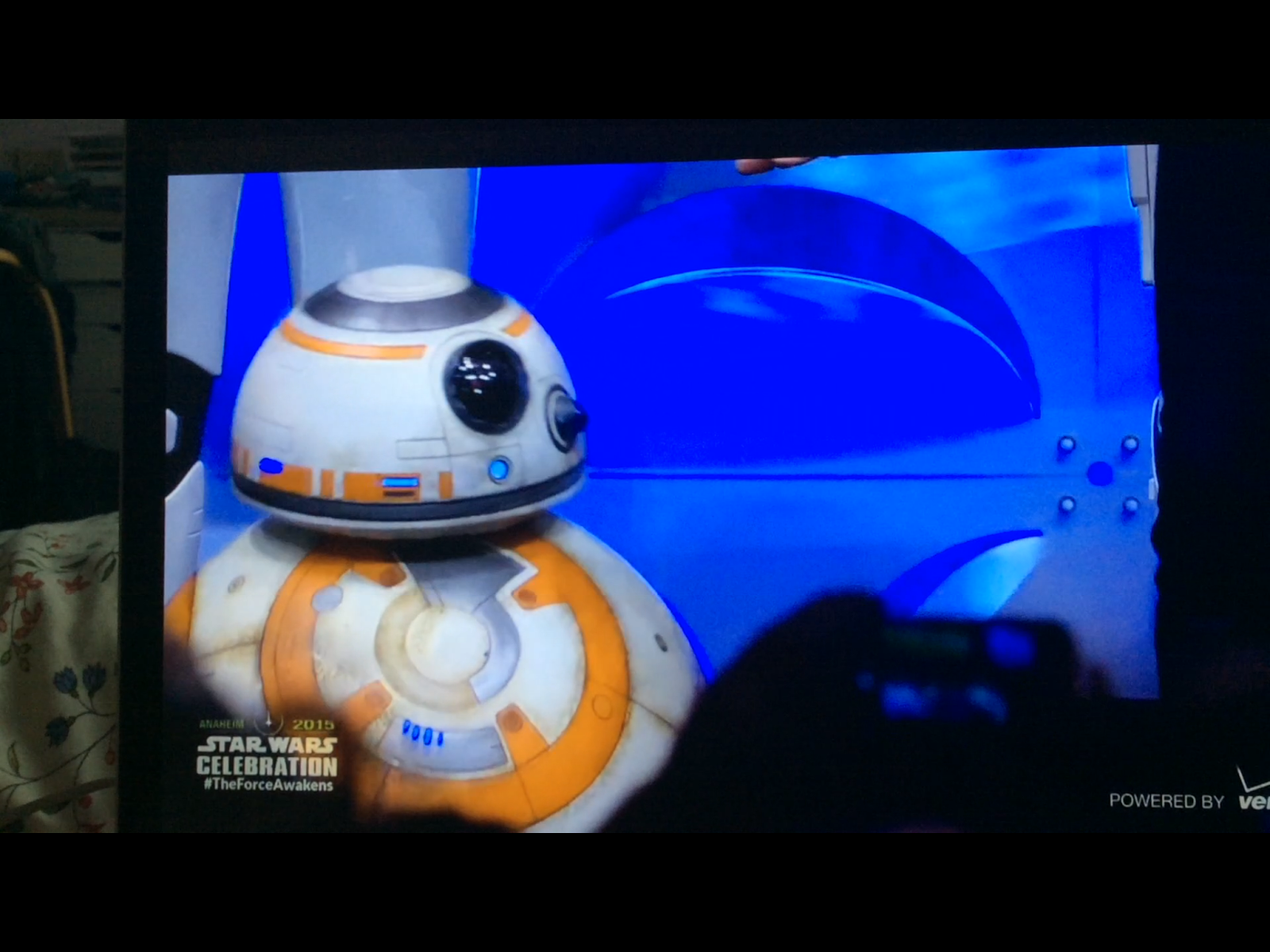 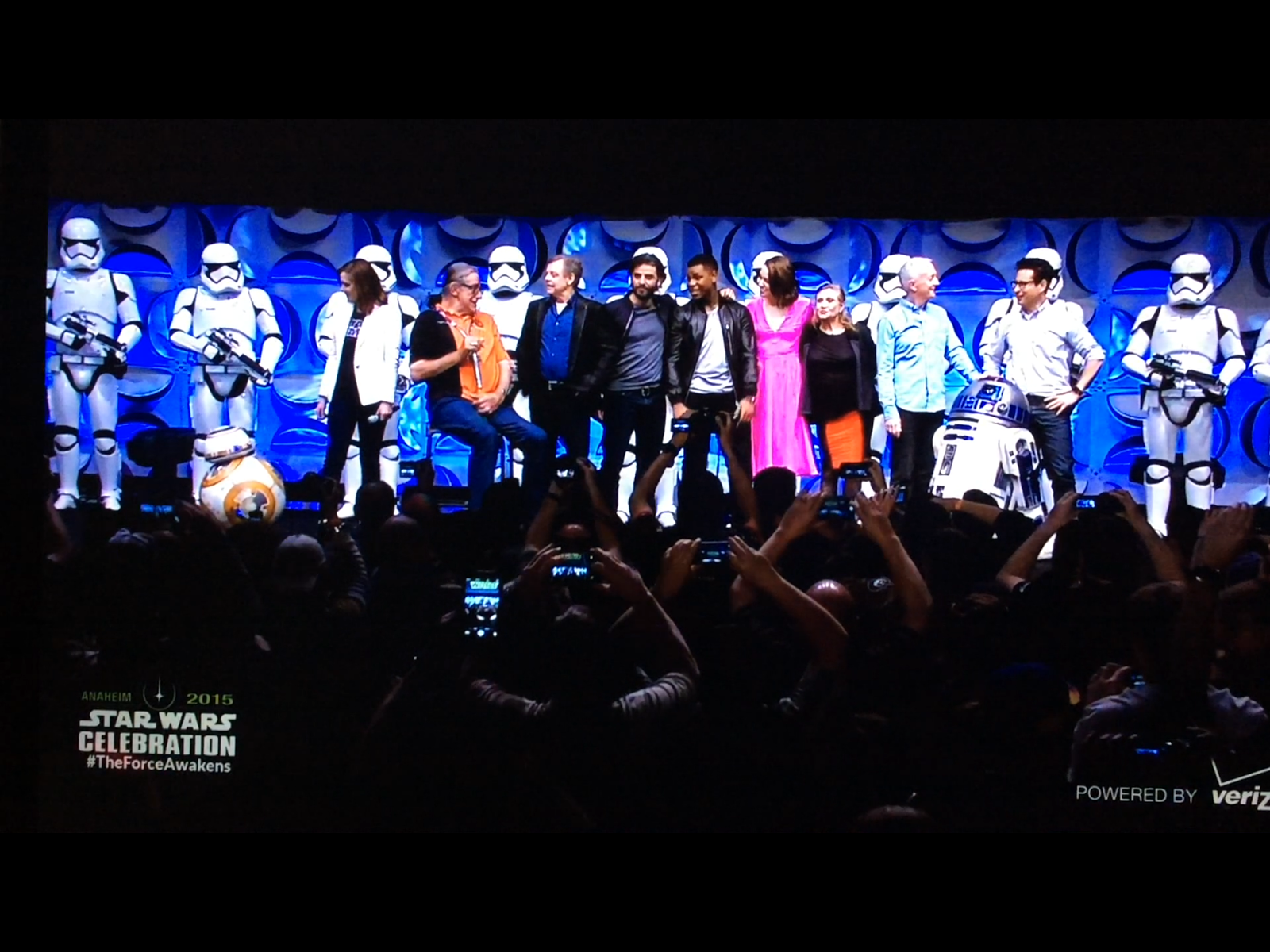 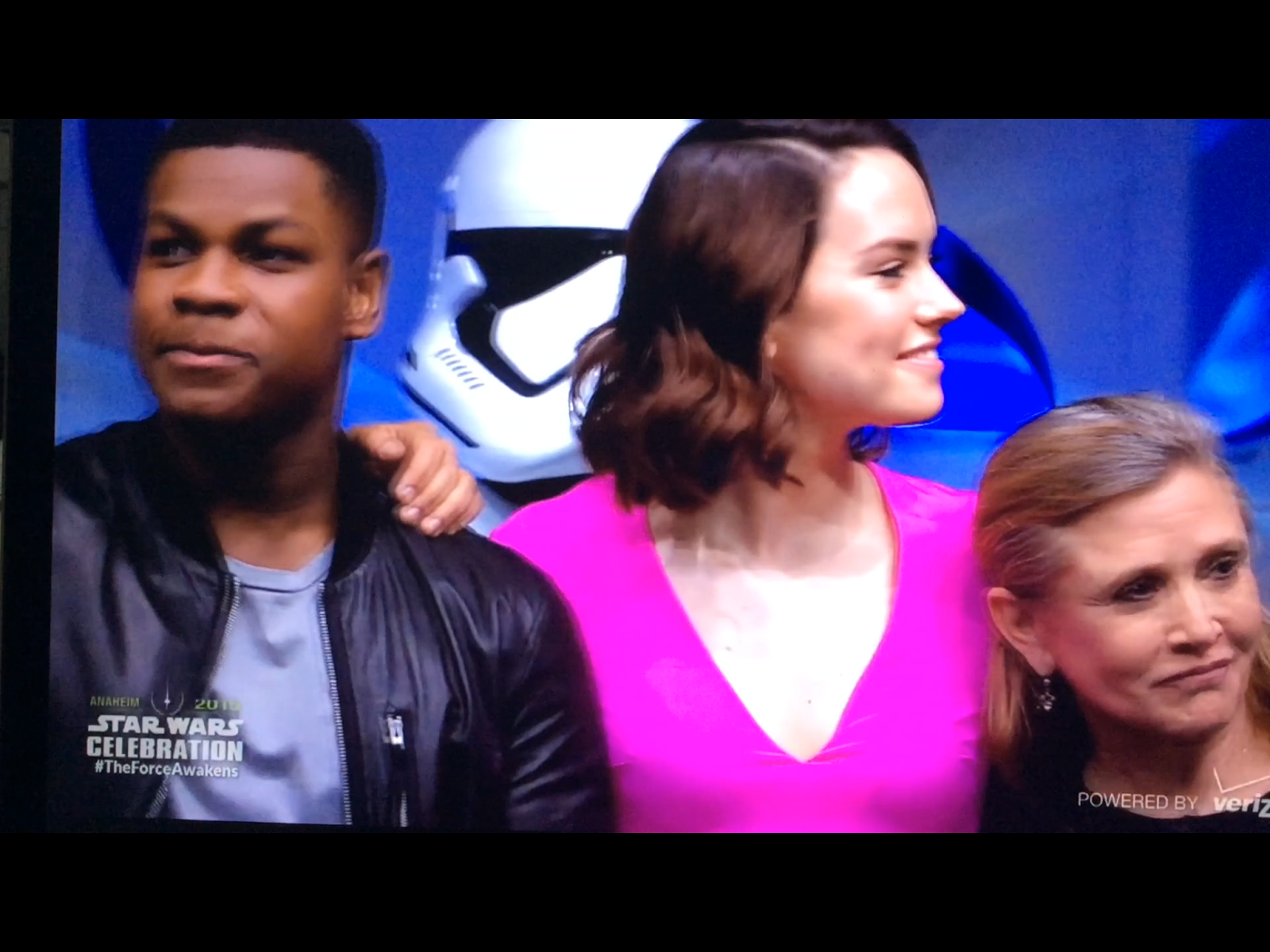 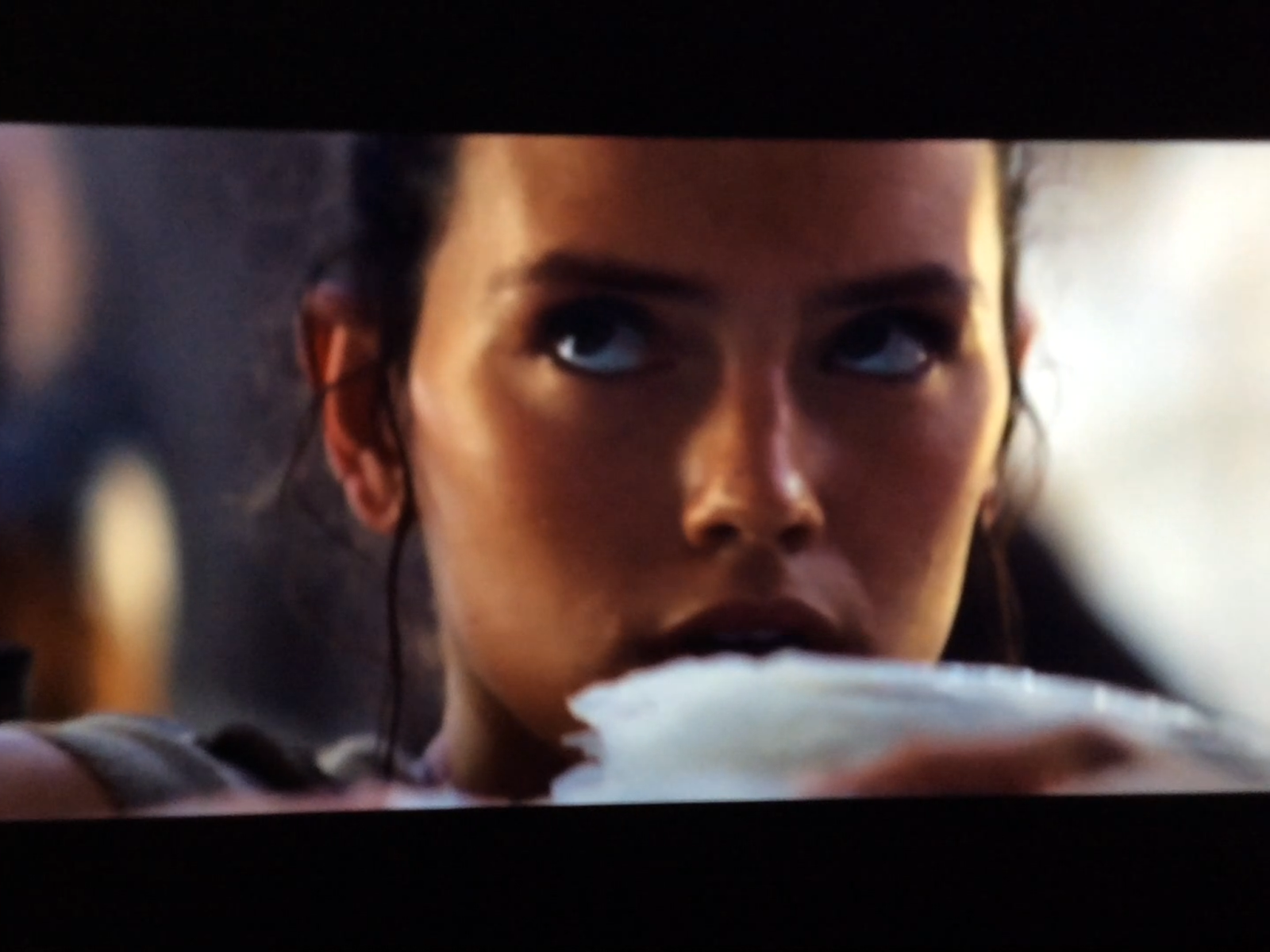 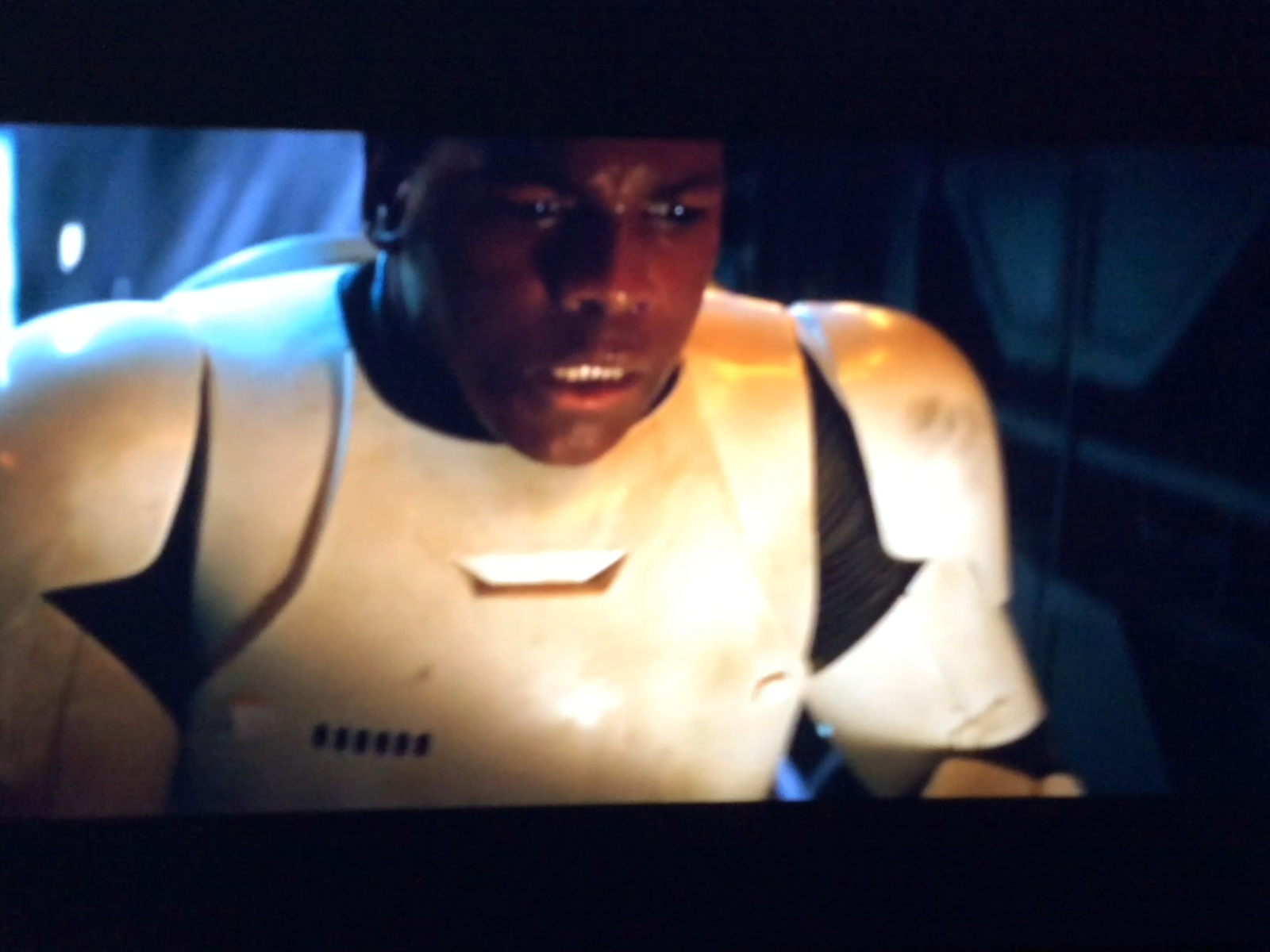