Wowza hello it's been a while how are you?

So, we haven't been posting for a while, but I just had to share this with you peeps!

This past weekend, the 25th edition of the Belgian F.A.C.T.S. convention was held. It's one of my favourite days of the year! Me and my boyfriend cosplayed Fry and Leela from Futurama. It was so silly. I was going as a Rebel from Star Wars and my boyfriend as Fry. Then (totally not because of F.A.C.T.S.) I dyed my hair purple. And the day before we went, my boyfriend said "Wait... Why don't you just go as Leela now that your hair is purple?" and I was like "Omg how could I not have though of this before??" We were kind of on a budget and had to improvise something easy, which I think turned out quite well. We heard some people saying "Leela!" and things like "Shut up and take my money!" which is always fun. Also, it was my birthday and I have been eating SO MUCH candy. Maybe it's for the best I didn't go as Leeloo again! :D As always, there were lots of amazing cosplayers and the general atmosphere was great. It's incredible how fast it is growing though. This year, more than 50.000 people attended. I really think they'll have to find a bigger location for next year! I also saw some great actors! First of all we met with Alfie Allen, and he is really handsome. Everyone I tell is like "Eww that's gross" which I don't get. Yes, he is creepy on Game of Thrones, but he has taken a bath since filming those episodes you know. He seemed super sweet, but kind of exhausted. Seriously, they should have better air-conditioning during photo shoots and signing sessions. Poor thing. Handsome thing. We also saw Peter Mayhew. My mom asked me how we could possibly know what Chewbacca actually looked like, and we both just went: "Uhm, duh, everyone knows!" He's such an iconic person and it was super cool to see him in real life! We also caught a glimpse of John Rhys-Davies, which was also awesome. Unfortunately, the doc (Christopher Lloyd) and Summer Glau (Firefly!!) were hardly there. The flyer said they'd be signing almost all day, but every time we went to look, they weren't there and we didn't feel like waiting amongst the big crowds.

As far as extra's were concerned, I felt like they recycled a lot of last year's stuff. Maybe they are waiting to get new things for next year, because then The Force Awakens will have been released. I sure hope so! As long as the R2-Builders are there, I am a very happy me.

Here are some pictures that we took!

First, I made this cyclops eye in the nearby Ikea. Because, why not in Ikea? 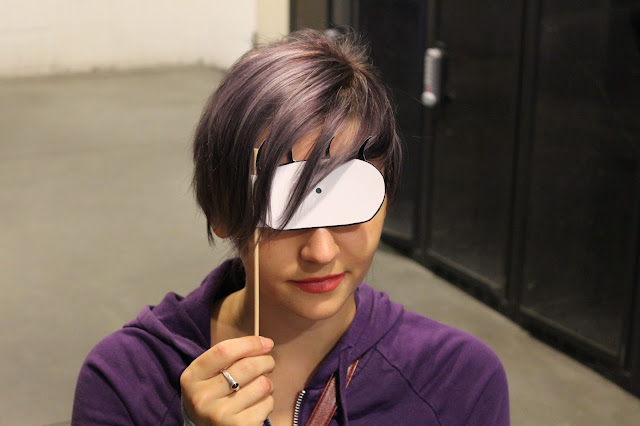 Then, over the parking lot we go. Totally enjoying my new hair colour in the sun btw. :) 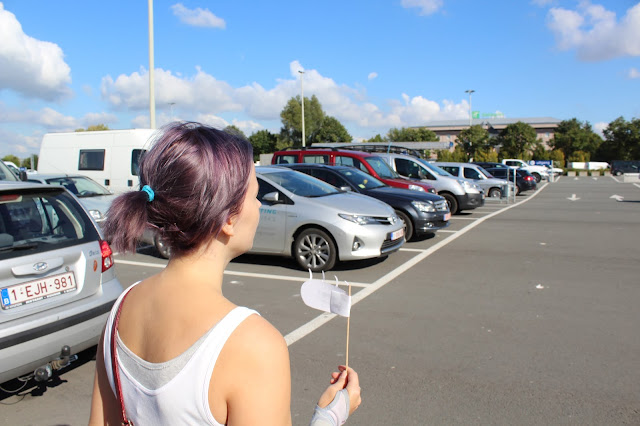 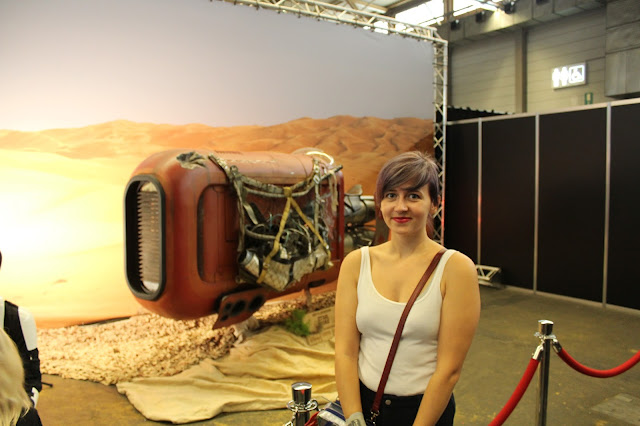 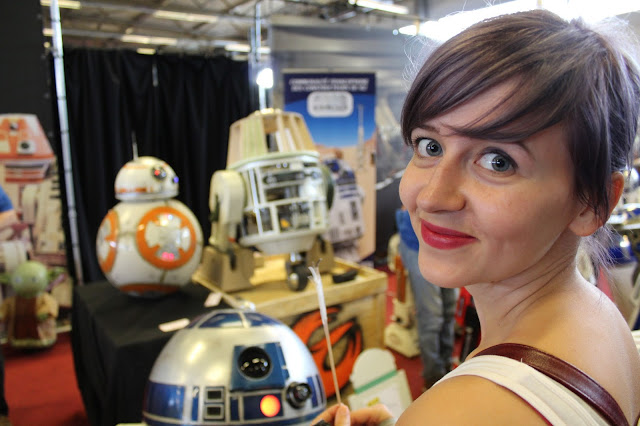 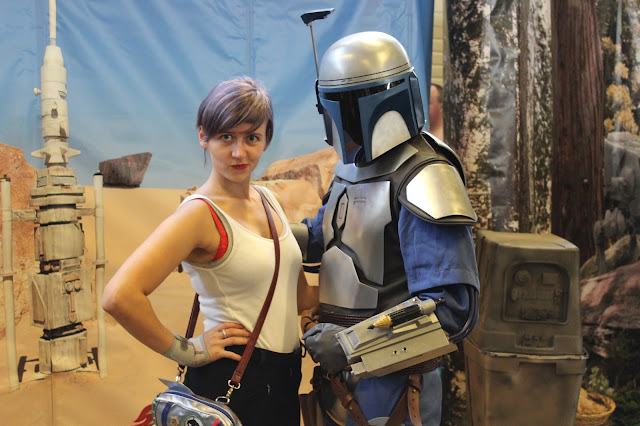 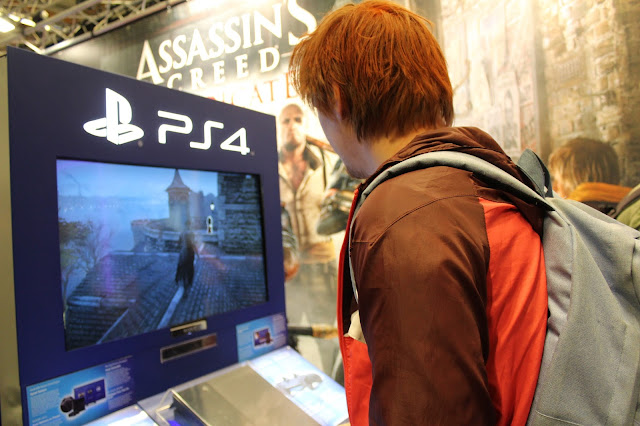 I love it when the make the Artoo units communicate with you. It's so real! 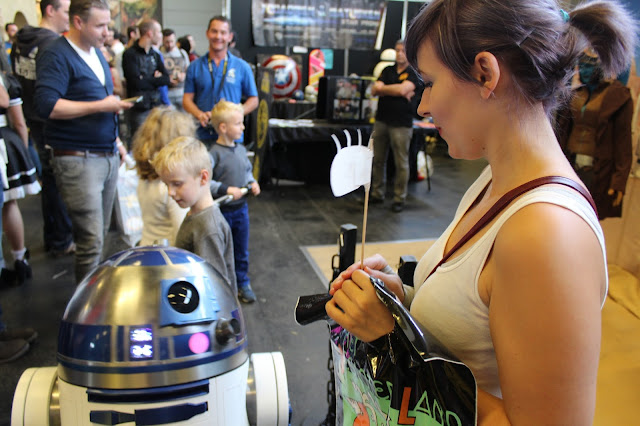 Time for some meditation with mrs. Twi'lek here. 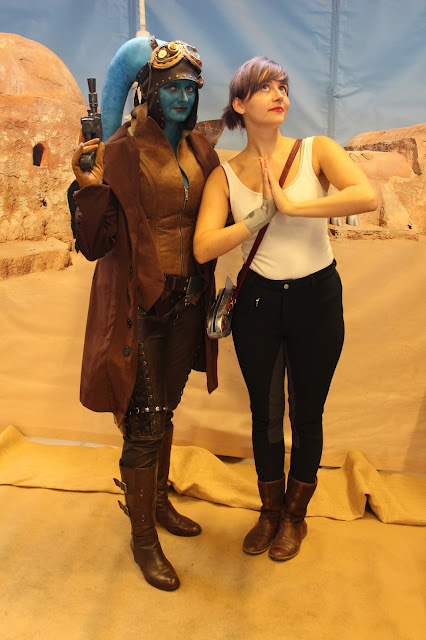 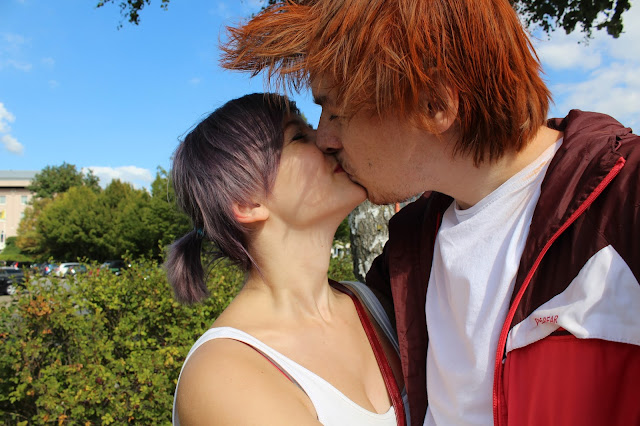 I got this purse a while back. Normally, it has a picture of Laika in it, but I changed it to Nibbler for the occasion. 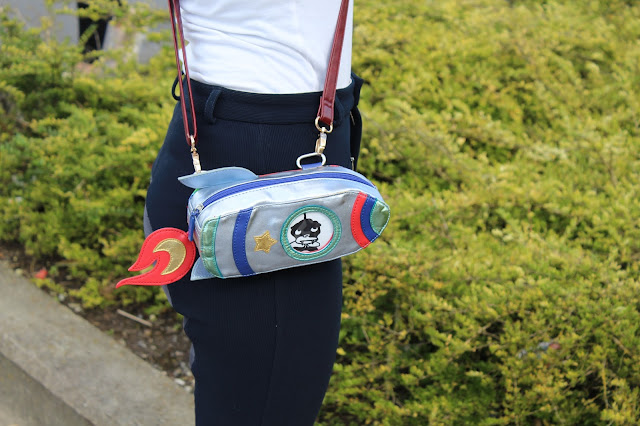 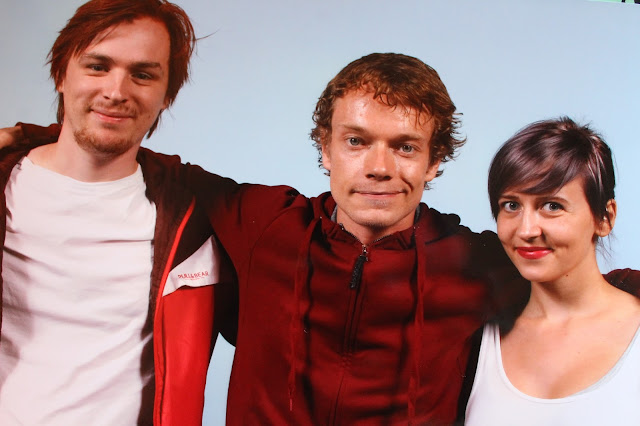 And then enjoying my hair some more on the way home. Purple grey all the way! 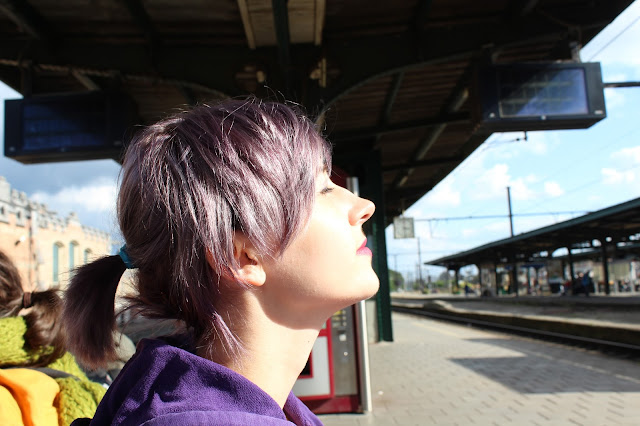