I had hardly slept the night before because I was so excited, had to go to classes all day and couldn't pay attention at all, and felt like I was in some kind of fantasy bubble when I finally got to the movie theatre yesterday. We got our popcorn, put our 3D glasses on, and then... silence...

BWAAAM enter John Williams' music and STAR WARS in those big yellow letters we all love. It was an amazing moment, to see something this iconic and treasured on the big screen in 3D. Seriously, I urge everyone to go see this movie in the cinema! It's worth it. It'll awaken a force inside you that will make you laugh and cry, and make you feel like your heart stopped yet at the same time it's going faster than ever.

I would write my own review, but other reviews sum it all up so perfectly. This review from Wired is really worth reading (AFTER seeing the film, contains spoilers!!). I'll just sum up my first thoughts about the movie (spoiler-free!) by inserting quotes from the Wired review between my own:

The Force Awakens might have been the best Star Wars film ever, if it wasn't so devoted to being exactly what we want it to be.


All this is understandable. This is the Star Wars we all expected, and in many ways it is the Star Wars that is needed right now. It lays the groundwork for the many, many new films and spin-offs to come.

This episode is a mixture of old and new, and to some people maybe a little bit too much like episode IV. But, I think it was necessary as well as exactly what the fans have been asking for. Lessons were learned from the prequel trilogy, we have finally returned to what makes Star Wars Star Wars. To me, Episode VII feels like a bridge between episode VI and VIII which was just very much needed. And let's be honest: it's not like us Star Wars fans mind seeing our favourite characters again!

Rey, Finn and Kylo Ren are easily the best characters ever introduced in a Star Wars film, and bring a surge of energy and chemistry that even the original trilogy never had.

Setting 'the old' aside for a moment, let's talk about 'the new'. It's good. It's better than good. The new characters are all entirely unique and very refreshing. Most of the characters are young and energetic and played by really good actors, which seems like something obvious and normal for such a big movie, but as we've seen in the prequels: it isn't. Rey and Finn have great chemistry together, BB8 is sassy and cute and Kylo Ren is an amazing villain.

There's Kylo Ren, a villain overflowing with emotion and rage and yet more human than any Star Wars bad guys to date.

The characters are unpolished and raw, human and imperfect, which makes them incredibly relatable. Also, I am totally in love with Maz Kanata, who is a perfect example of how CGI can be absolutely wonderful. This episode is the perfect match between old and new, alien costumes and CGI, real-life sets and greenscreens, good and evil... most of all: it's Star Wars again.

I won't write any more because I don't want to spoil it for you! Please just take my advice, get your geeky hands on tickets in a theatre near you and go watch it in it's full glory. Enjoy, and may the force be with you. 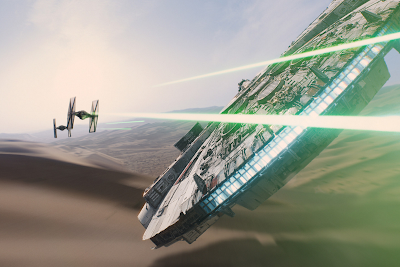 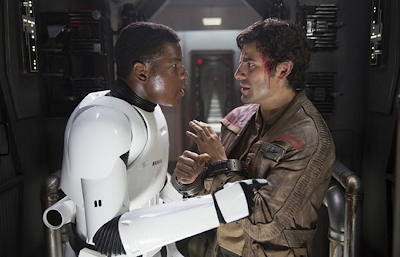 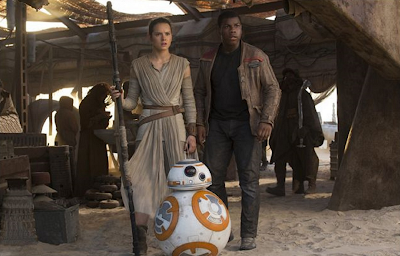