We have finally released our new song! We've been working on it since... March? Maybe even February! Anyway, it's undergone so many changes throughout the past 9 months or so (it's like a baby), and we're actually really satisfied with the result! Scroll all the way down to listen!

We kind of feel like our music has gone through several phases. Let's review!

We started out with nothing but a piano and our voices. We created fairytale-ish melodies and tried recording them with an old laptop's built in microphone. That ended up sounding like this:

We also started working with electronics. We recorded through midi and tried some stuff out on Garageband. We also started adding drums, which lead to these two:


We wanted to make more complex compositions, and got better at the computer technicalities. Enter arpeggiators, synth soundscapes and space vibes. We switched from Garageband to Logic and did some live shows to get over our initial stage fright.

With the new recording mic and the Maschine we were able to really bump up our sound quality. Also, learning how to work with equalizers, limiters and compressors has really made a huge difference to the way our songs sound! In phase 1, we would write, record and release a song in less than a day. In this phase, however, we really like to take our time with each song. We spend months sending the files back and forth to each other and tweaking little details over and over again. There is still so much we want to learn, but we are definitely making progress and that's what matters! And what matters most to us is that we still have fun with it, and we totally do! We're feeling really ambitious about the upcoming year. We want to make an album and make at least one music video! We have got so many songs that are in the "almost-finished" stage, so you can expect to hear from us in 2017! It's going to be a great year!

Also, don't you just love this picture? Check out the photographers' website HERE! They make such great and original pictures and we look forward to shooting with them again sometime! 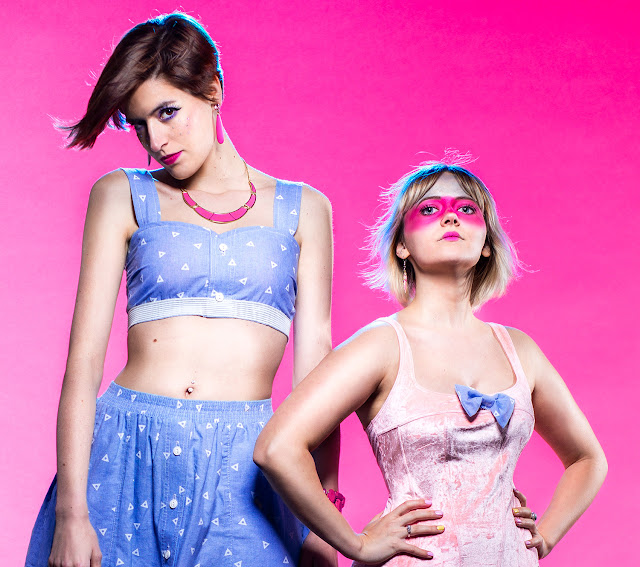