I went to F.A.C.T.S. today and it was great! I know a lot of people compare it to other years, but I personally didn't experience this year differently than last year. It's the same thing: a lot of stalls selling great merchandise, a lot of cool stands where you can stand in awe of things like a huge Jabba the Hutt, a lot of R2 units, a big bantha, a creepy Walking Dead door with zombies coming through etc. I think one of the best things of F.A.C.T.S. is watching other people's cosplay outfits and just the main vibe in there. You know that everyone there enjoys the same kind of things as you do, which creates this wonderful atmosphere. I was also really happy that a lot of people recognised me as Leeloo. I constantly heard people saying "Multipass" around me and people asked to take my picture. I always felt like The Fifth Element was mostly known in the US, but apparently quite some Belgians know about it too! I also really love the weird situations you get, like having Daenerys asking Leeloo to take a photo with her, awesome! ***SPOILER ALERT*** She was with a guy dressed as Khal Drogo, and another guy dressed as Viserys who had molten gold over his head haha! I also caught a glimpse of Carrie Fisher (!!) who was wearing a really cool bonnet with subtle glitters on it, which was adorable. I didn't get her autograph because that's just too expensive, but still, it's really cool that I got to see her! Last year C3PO, now Leia, next year Han? I swear, if he comes next year, I'm definitely getting my picture taken with him! I also saw Carice van Houten who plays Melisandre in Game of Thrones and she looks so much younger and prettier in real life! Adam Brown, who plays Ori in The Hobbit was also there, and I saw the main actor of Spartacus, who actually looks super nice! All in all, it's been a great day. And so educational, because I even got to meet Charlie Chaplin! Also, check out the adorable kid in the last picture...

Last but not least, thanks Elvi for helping out with the costume! We had to leave some of the details out due to a very small budget, but I think we did a really good job, since everyone recognised me! I don't care if people buy their costumes from a store or cut them out of cardboard, it's just fun to have so many people dress up together! 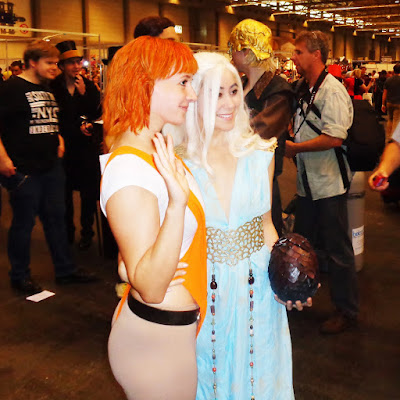 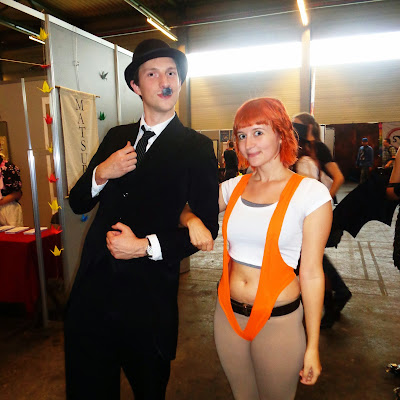 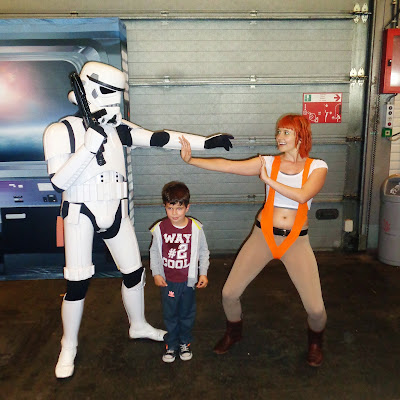