Knights of the Old Republic

Today I'm reviewing Knights of the Old Republic. It’s a Star Wars game. Now, I don’t know how you feel about Star Wars. Some people (like me) are obsessed with it, when others think it’s stupid and/or boring as hell. Star Wars aside, you don’t HAVE to love Star Wars in order to love this game. So even if you’re not a fan, keep reading!

Okay, like many games, it takes a while before you really get into it. But once you do, it’s awesome! You start out on a crashing spaceship and you have to escape. This is basically a very long tutorial. Most stupid part of this tutorial is you DON’T have a lightsaber yet. You’re not even a jedi yet. So that’s a bit of a disappointment. Nevertheless, keep reading!

Once you get past this part it just gets better and better. Lightsabers in all kinds of colors, many different planets to explore, so many NPC’s to get to know and ofcourse, your quest! The fighting in the game is turn-based. At first I thought I wouldn’t like it (because I prefer hack ‘n slash games) but it’s really nice. And if you don’t like it, you can actually just unpause the game and hack ‘n slash anyway. A little harder, but it works just fine.

What do I like most about this game (apart from pink lightsabers)? I think the NPC’s and the story. You really get into this game. You can choose how you let your character develop. Will you be a light side jedi? Or will you join the dark side's sith? You also have followers with you who have their own story and who you can have quite the conversation with. Also, you can personalize everyone by letting them level up and choose upgrades, powers, attributes and skills for them. Last but not least: you can play as a male or a female character, which I really appreciate. Seriously, it's ridiculous how many games don't give you that option.

Ofcourse, this game is a little out-dated, so don’t expect Assassin’s Creed-like graphics. But still, it’s really not bad! And ofcourse, if you ARE a Star Wars fan, this game is a must-play!

Below a couple more pictures, to show you guys what the game looks like, as well as a gameplay tutorial I found on youtube (in which the player really uses the turn-based system, but like I said, you don’t have to play it that way!). Enjoy, and may the force be with you! 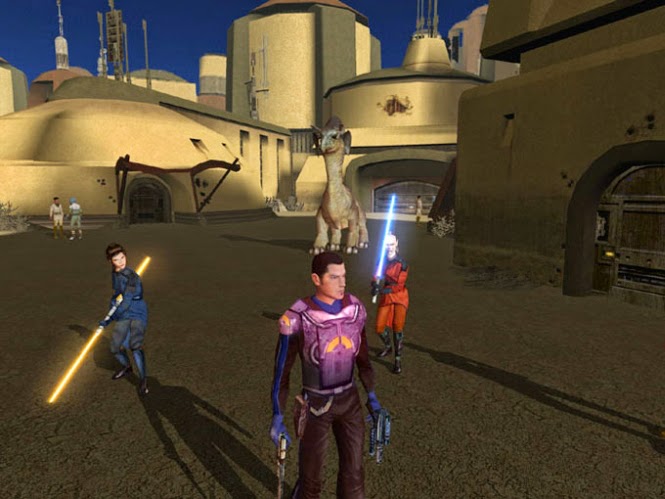 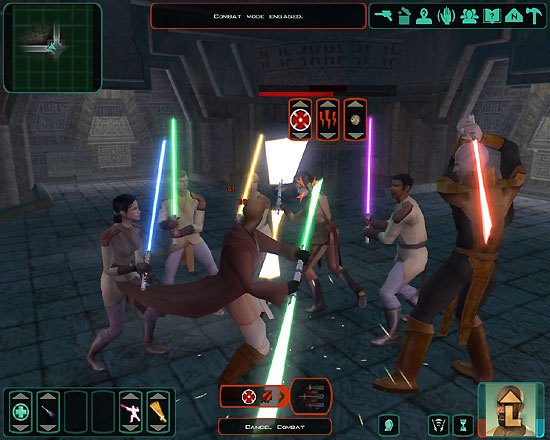 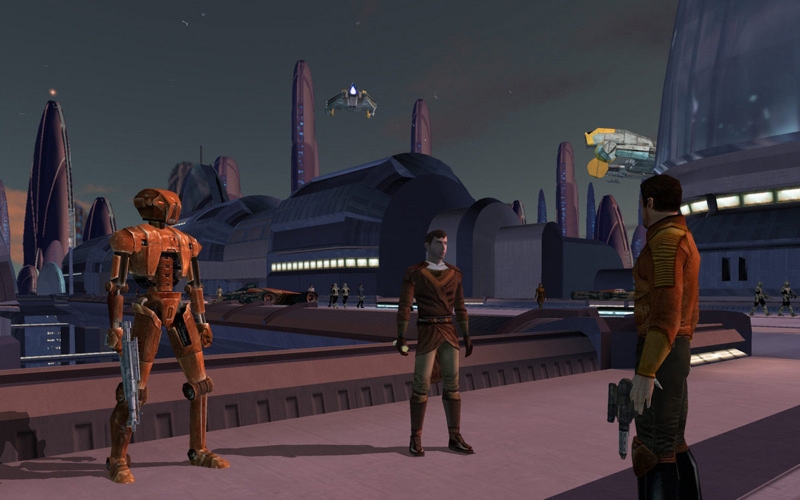